The Bricha Heritage Association was established with the aim of documenting, preserving, presenting and imparting the legacy of the Bricha movement that operated in Europe between 1945 and 1948, from the end of the war until the establishment of the State of Israel. The "Bricha" movement was responsible for organizing the migration of about three hundred thousand Jewish refugees, survivors of the Holocaust, from Eastern Europe to the ports of the Mediterranean in order to reach Eretz Ysrael. The Bricha movement on the Continent' roads, continued by the Ha'apala movement in the Mediterranean, both illegal movements, constitute together a glorious chapter in the modern history of the Jewish people. It is a chapter of heroism and courage, initiative and trickery, sacrifice and love of the people and the homeland.

The story of the Bricha is unfamiliar to many, neither is it commemorated in a serious and meaningful manner. We, the Bricha Heritage Association, wish to give this chapter its proper place in the collective memory, and to raise awareness of the contribution of the "Irgun Ha - Bricha" to the rescue of Holocaust refugees, their immigration to Israel, and the establishment of the state:

We invite people who took part in Bricha, relatives, the next generation and everyone who is close to joining the organization. 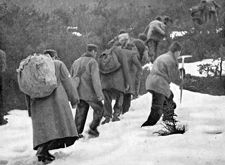 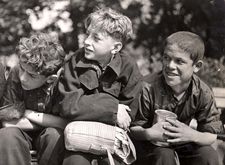 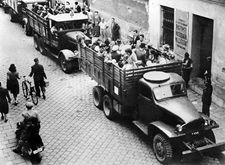